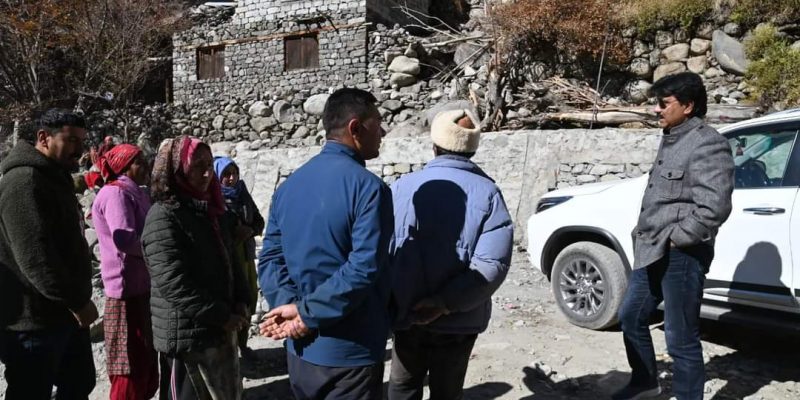 The CEC gave a patient hearing to various issues related to irrigation, PHE, electricity, R&B and other concerned sectors and assured timely redressal of the issues.

The representatives of Yaldor village submitted a memorandum of demands to the CEC for fencing of farms, repairing of irrigation canal, and tailoring center for women to which he assured of suitable follow-up. 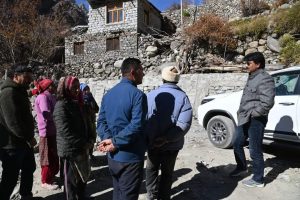 Regarding the fencing of farms, Khan directed the concerned department to take an assessment of the same.

The CEC also inspected the under-construction road of the village and instructed the concerned officials to complete the road at the earliest.

He also instructed the concerned officials of the Irrigation and Flood Control Department for repairing the irrigation canal. Khan also assured the setting up of the tailoring center for the upliftment of women in the rural area.

The CEC also assured the locals that a communication tower would be provided in due course of time for the rural area to redress communication issues being faced by the villagers.

Khan directed all the concerned officers to take note of the demands raised by the general public during the tour and take necessary action at the earliest.

For completion of the transmission line, Solar Power Plant and JJM works, the people of the village expressed their gratitude to the CEC for the developmental works.