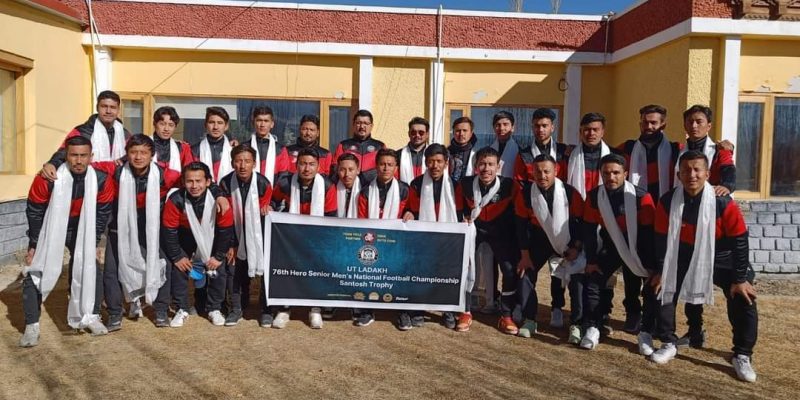 Chairman/CEC, Adv. Tashi Gyalson flagged off the first football team officially representing UT of Ladakh to participate in the 76th Hero Senior Men’s National Football Championship, Santosh Trophy. He further interacted with the players and the members of the Ladakh Football Association.

“This is indeed a very proud moment for us that our own team from Ladakh is going to participate for the first time in a national-level football tournament. The gift of UT status is now enabling young talents by providing adequate platforms in various sectors for Ladakhis. I thank the Union Government led by Prime Minister Narendra Modi for fulfilling the aspirations of the people of Ladakh and giving us back our lost identity. I hope our team would perform their best in the tournament and I assure full assistance from the Hill Council in any possible manner in future. Promotion of sports is among our top-most priorities and we have been continuously encouraging young and enthusiastic talents from Ladakh over the years. My best wishes to team UT Ladakh,” CEC Tashi Gyalson said in his message to the players. 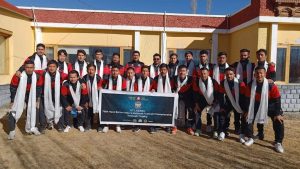 DYSSO Leh, Tsering Tashi along with members of the Ladakh Football Association and the players were present during the interaction session.