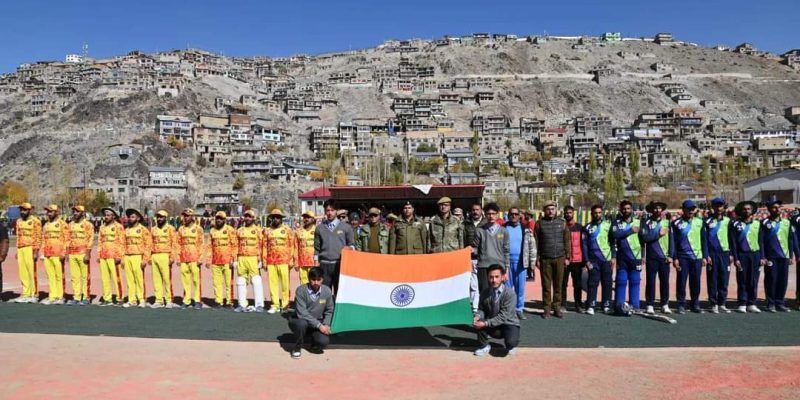 Speaking on the occasion, the CEC paid rich tributes to Shaheed Zulfikar Ali. He congratulated and thanked District Police for organizing the tournament in a unique way.

Khan praised the winner and runner-up teams for taking part in the tournament and encouraged the players. He also highlighted the social services of police and praised them for playing their role in serving society.

DC Kargil also encouraged the players of both teams. He congratulated the police for organizing such events. He also praised the crowd for their participation in the match. 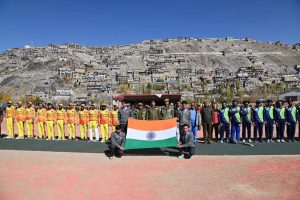 At the start of the final match, National Anthem was sung by the players under the supervision of district police. Throughout the match, the music and the band was played by the police band party for the enjoyment and amusement of cricket lovers.

In the two-week-long tournament, 36 teams from different areas of all sub-divisions of Kargil participated. In the final match, Dardic Legends Shimsha (DLS) defeated Friends Club Drass (FCD) with four runs. DLS won the toss and set a target of 189 for opposite team in 20 overs. While chasing the target FCD lost the match by two runs.

This year district police under the supervision of SSP, Anayat Ali Chowdhury organized the unique tournament with special focus on rural areas to provide a platform for the players.

The tournament was aimed to pay tributes to the martyrs and to involve the youth in sports in order to keep them away from drugs and other negative activities.

A large number of cricket lovers and spectators thronged the stadium and enjoyed the match and they thanked the police for such arrangements.

In the end, the dignitaries distributed prizes among the players and the teams. The winning team was given a cash prize of Rs 1 lakh and a trophy while the runner-up team received Rs 50,000 cash prize and a trophy.

Man of the series Lone Mehboob from FCD was given Rs 20 thousand for his performance throughout the series, while as the player of the match, Ibrahim Lodhi, from DLS received Rs 3000 as prize. Other players were felicitated as per their performances.

In the end, Additional SP Iftikhar Ahmad Chowdhury presented vote of thanks to all the dignitaries and cricket lovers for their support and participation and wished the participating teams best for their future endeavors.