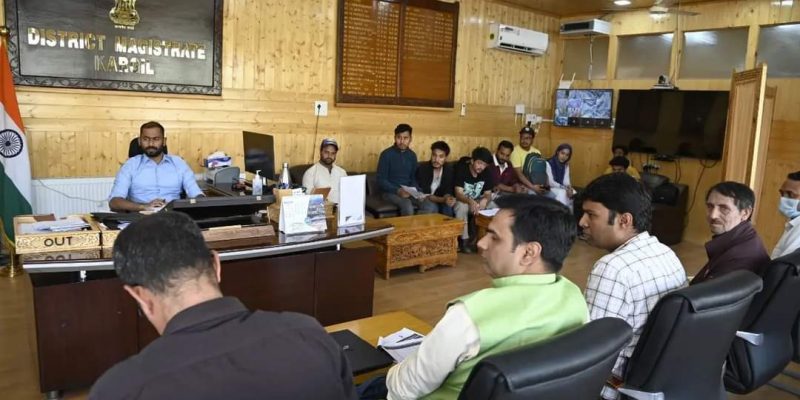 The DC enquired and reviewed the work progress on all JJM projects in the district including physical and financial progress, quality of work as per the recommendation of third party, additional DPR accorded or submitted, functional tap connections in schools and Anganwadis, NABL lab and accreditations, pipe procurement, AEE, AE, JE wise timeline action plan and other related works.

The PHE officials appraised the Deputy Commissioner about physical progress on various JJM projects in all over the district. 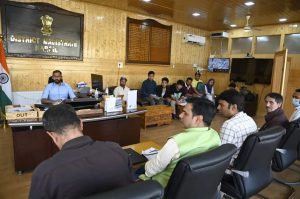 The DC instructed to speed up works on the projects to complete them before the winter season.

DC Santosh instructed the third party to visit and inspect the projects on time and submit the report with date, time and photographs that must be signed by concerned PRI members.

The DC instructed the concerned officials to complete all projects at Sankoo headquarter by October end.

He further instructed the Superintending Engineer, Hydraulics to take weekly action report from officials and certification from the PRI members.

Regarding shortage of pipes, he assured pipes will be supplied within 10 days period. The DC expressed satisfaction and optimism on work progress at Zanskar.

The Deputy Commissioner instructed the water testing lab officials to collect sample from taps and dispatch sites and submit reports of the visit with photographs.

He further instructed the officials to visit Pushkum, Lotsum and Drass tomorrow to ensure the execution of projects.