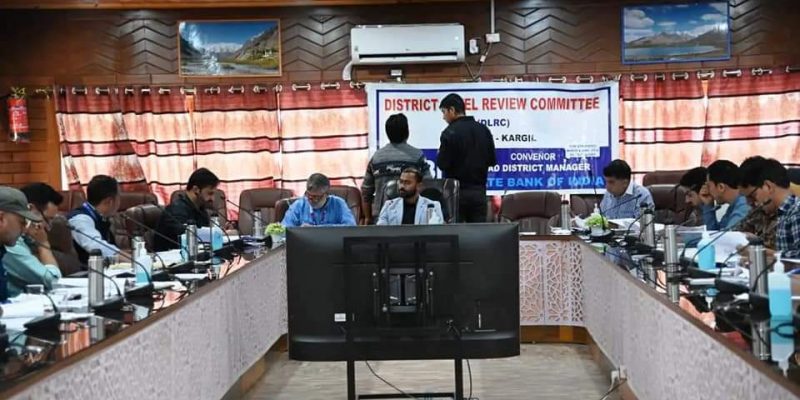 The meeting was aimed to review the performance of banks under the Annual Credit Plan in which heads of all line departments,
District Development Manager (DDM) NABARD,
Retail Asset Credit Centre (RACC) Head State Bank of India, Cluster Head J&K Bank, Kargil and Branch Managers of public and private sector banks operating in the district were present. 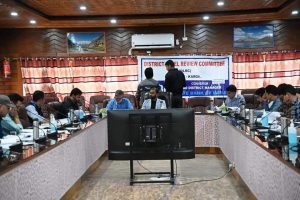 The overall achievement under priority as well as non-priority sector lending by all the banks in Kargil district stood at 97.56 percent and 29.26 percent for the quarter ended March and June 2022 respectively.

DC Santosh instructed all banks to focus on priority sector lending and thereby increase the credit deposit ratio in the district.

DC Santosh also reviewed the performance of the State Bank of India Rural Self Employment Training Institute (RSETI) Kargil, in which a total of 11 skill development training programs were conducted.

DC further instructed the LDM to set a target of each bank to cover under Social Security Scheme to the existing customers or beneficiaries.