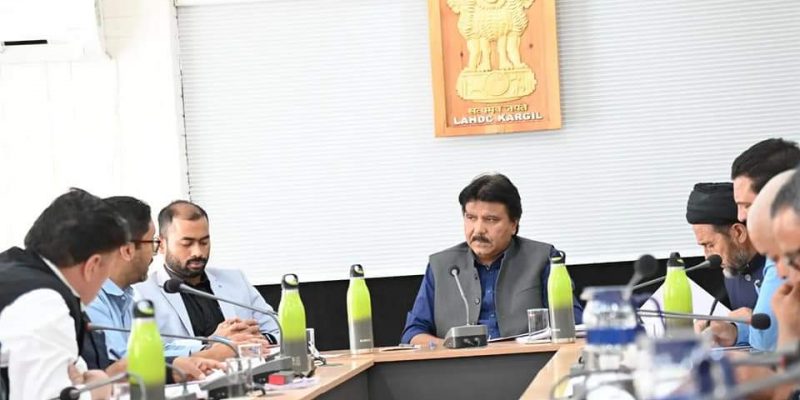 During the meeting, concerned officers appraised the CEC about project-wise physical and financial progress on different projects under CAPEX Budget. He also took stock of progress being made on the projects under the CAPEX budget.

CEC Khan instructed the concerned officers to execute irrigation-related works during the irrigation season only in order to execute developmental works on time. 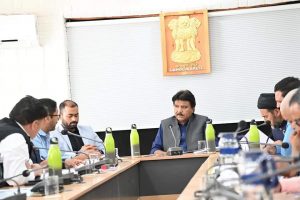 The CEC also reviewed the progress on housing works and infrastructural development in the district including Boys and Girls Hostels at Jammu and further instructed the officials to complete the works as soon as possible.

CEC Khan expressed dissatisfaction and observed that despite giving go-ahead for works in the month of May 2022, a number of DPRs were yet to be completed. He instructed Superintending Engineer, R&B to ensure completion of all DPRs within a week.

The introduction of LIFMS and its impact on the implementation of the budget was also discussed in the meeting. Some technical issues were also raised by the district officers.

The CEC assured to take up the issues with the Finance Department, particularly accord of technical sanction of various projects.

Setting November 2022 as the target time for completion of all works of additional block Kargil House Srinagar and Girls Hostel Jammu, the CEC said that said that he will personally inspect the works by the end of this month.

In end CEC Khan said the funds were released lately this year in July. He also acknowledged that the introduction of LIFMs also affected execution of works however, despite these challenges, he asked the executing agencies to ensure maximum expenditure of the CAPEX Budget this year.

DC Kargil passed instructions to speed up the pace of execution of works. He stressed on concerned officers to ensure maximum expenditure under the Capex Budget. DC Santosh urged all concerned to take up works on priority, especially those nearing completion.