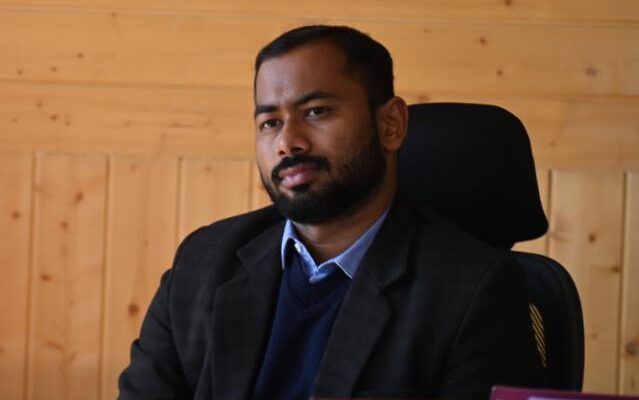 KARGIL, NOVEMBER 11, 2021: In order to discuss the necessary arrangements with regard to the holding of Self Employment Mela at ITI Kargil and facilitating the providing of bank loans to ITI pass out students and non-ITI students, Deputy Commissioner and CEO,LAHDC,Kargil Santosh Sukhadeve convened a meeting of  concerned district officers here today. 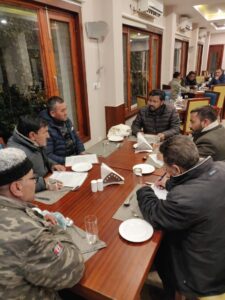 During the course of the meeting, the Deputy Commissioner reviewed the status of necessary arrangements from the concerned departments and banks ahead of the event.

After threadbare discussion on various aspects of the arrangements, DC Santosh Sukhadeve directed the officers that Self Employment Mela and facilitation for providing bank loans will be held at ITI Campus Kargil for five days from 15th of November to 19th of November 2021 and the event would comprise of two days awareness and three days on spot facilitation. 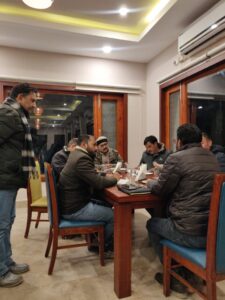 The Deputy Commissioner directed the Superintendent ITI Kargil to make all necessary arrangements for providing facilities including computers with internet facilities at ITI Kargil.

As regards to providing awareness about the schemes, all the concerned officers were directed to install stalls for Self Employment Mela at the ITI.

Other necessary arrangements like provision of tents, drinking water and uniterrupted power supply at the venue, medicare facilities and other arrangements were discussed threadbare and directions were given to the concerned departments accordingly.

As requested by the banks, DC Santosh Sukhadeve directed the Assistant Commissioner Revenue for deployment of requisite staff for on-spot facilitation of providing loans to the candidates while the Information Department was directed to ensure wide publicity of the mela through print, electronic and social media.

DC Santosh Sukhadeve stressed all concerned officers to work in tandem and close coordination to put in place all required arrangements timely so that the self employment mela is conducted in a smooth and satisfactory manner.