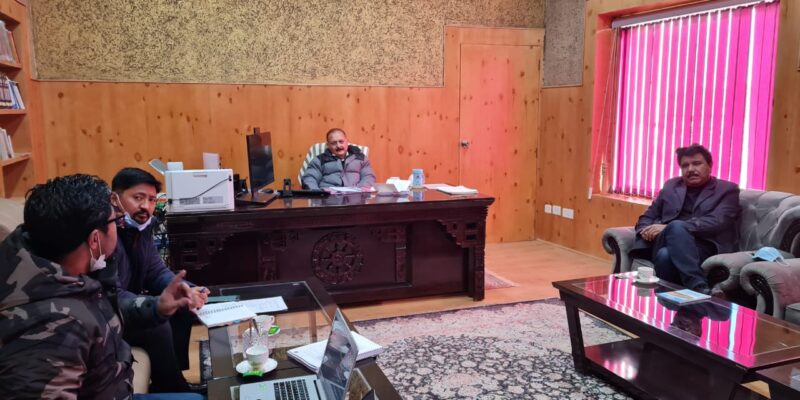 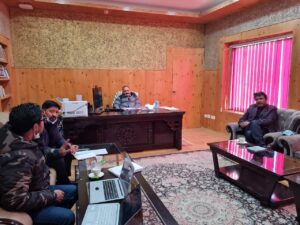 During the meeting with the Principal Secretary Planning, CEC Feroz Khan mainly  discussed about various schemes devised by the LAHDC Kargil to extend direct benefit to the beneficiaries under the Subsidy Component of the District Budget.

During the discussions, the CEC sought  inputs of the Principal Secretary regarding major schemes like distribution of laptops to meritorious students, winter tuition schemes, subsidized coaching schemes for professional courses and scooty distribution for girl students and working women etc. He said that early approval of the schemes will enable the LAHDC Kargil to extend timely benefit to the beneficiaries. 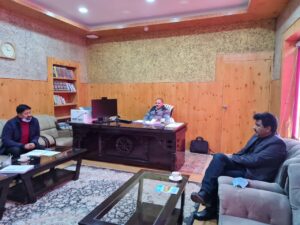 In his meeting with the Divisional Commissioner Ladakh, the CEC Kargil  discussed a range of issues regarding Civil Aviation in winters, Rural Development  works, Transport Sector among other works while during the meeting with the Secretary Power, the CEC urged the UT Administration to expedite the assessment of the damages to the power infrastructure in Kargil district after the recent untimely heavy snowfall. He stressed on the need for taking up concrete measures to urgently restore power supply in the entire district. 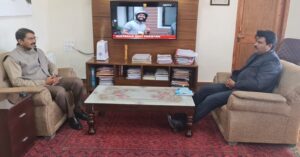 The Secretary Power assured the CEC that he shall conduct an extensive tour of the district during the coming days along with all the concerned officers and agencies to ensure that power is restored at the earliest.

The Secretary Power assured to take up the issue with the concerned for appropriate follow up measures.

He further said that PGCIL and TATA Project Limited authorities shall be directed to keep manpower ready for restoration works during peak winters, adding he said that the incomplete works of REC shall be completed and installed  transformers in Kargil Town shall be charged so as to ensure stable voltage and smooth power supply during winter months.

Over 2900 students of Kargil District participate in NAS 2021