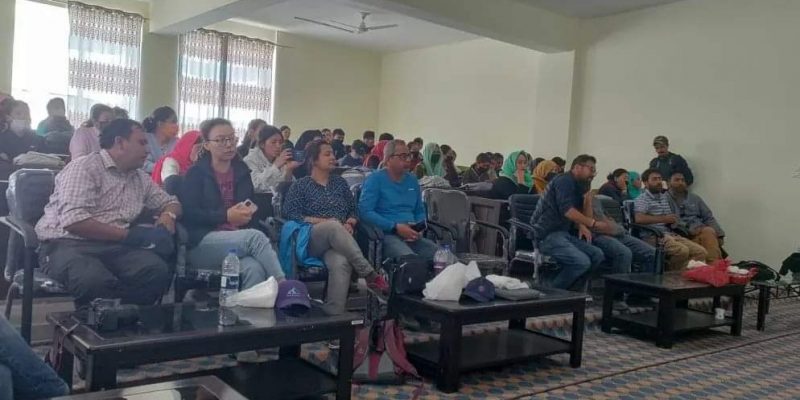 Government Model Degree College (GMDC) Zanskar today hosted a talk on excavation findings by Dr Quentin Dever, accompanied by Dr Veena Mushrif Tripathy of Deccan College, Pune and her Ph.D. student Sonam Dolma. The title of the talk was excavation around ‘Cave of the Old Lady Spider- a unique funerary site from Ladakh’.

The cave is located in Yokma Kharbu in Chiktan valley of Ladakh region wherein many skeletal remains have been found, despite contamination and other human interventions.

Sonam Dolma gave an introduction about the excavation techniques and challenges they face during the process. This was followed by the interpretation and scientific analysis (physical and genetic) of the remains found at the site. 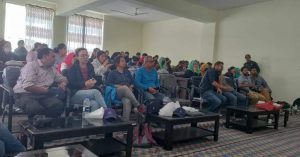 According to the speaker, there was no evidence of violence as the cause of their death. The remains were across the age spectrum from infants to the old.

In the end, Dr Dever presented their hypothesis. He said the site could be either used for burial or sacrifice which were done in such a way that there were no signs of injury on the bones. Epidemic could be an additional factor; the sick were probably outcast in the caves where they ultimately died.

However, a lot of research is yet to be done. This was followed by a question-answer session. The students were exposed to the beautiful subject of archaeology which is likely to be introduced in the college.