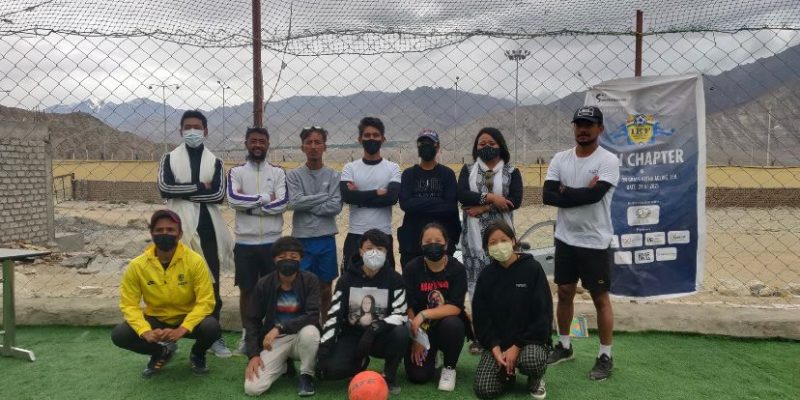 ~ After a successful response for Season 1, India Khelo Football continues its collaboration with Ladakh Football Association to host Season 2 trials for scouting talent for ISL, I-Leagues, and International Scouts and academies

India, Date 2022: India Khelo Football (IKF), a non-profit organization connecting Indian Football grassroots talent with the professional Football ecosystem, extends partnership with LFA or the Ladakh Football Association to host trials in Leh and Kargil for boys and girls under ages of 13-17. In its quest of aiding aspiring players, IKF has built the first-of-its-kind platform where multiple ISL clubs, I-leagues, and international scouts come under one roof to scout the best-in-class Football talent across the country through a democratized and open talent identification process. With IKF’s inception in 2020, the first season was held in 17+ cities, witnessing an enrollment of 3000+ where we witnessed around 200 enrollments from Leh and Kargil.

IKF Season 2 Trials have already witnessed 2500+ enrollments in the first 9 cities. IKF is ready to go to Leh and Kargil on 23rd Oct and 25th Oct, respectively. One can register online or offline at Spituk Football Stadium for the trials. Selected boys and girls will qualify for IKF pre-finals and National Finals, where ISL and I-League teams will come under one roof to scout the untapped talent pool in the country. Shortlisted players from the National Finals will also get a chance to win free trials in Europe. IKF will be going to 12 more cities like Andaman, Imphal, Thrissur, Coimbatore, Chennai, etc., throughout the November-December timeframe. IKF will be publicly releasing a summary report of all kids selected from the City Trials. This report will showcase a player’s rating for multiple attributes based on his/her playing position. 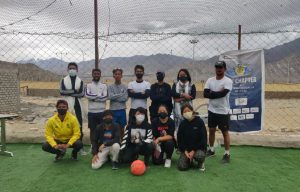 Commemorating the spirit of Football, the Secretary of the Ladakh Football Association, Tsering Angmo said, “Recognition through IKF for the talent pool in Leh & Ladakh will help in enriching the football culture and open so many opportunities for these talented kids. Ladakh’s interest in Football has seen an exponential rise in the last decade especially due to the recent developments regarding Football within the region with the new turf. We have been associated with India Khelo Football since its inception and it has accelerated interest as well as renewed hope for the kids who want to make a career in the game.”

Excited to host trials again in Ladakh, Nirja Shekhwat, Founding Member and Head of Operations at India Khelo Football commented, ‘’Last Season, we realized that Ladakh has a remarkable Football talent pool with piquing interest in the game. We are delighted to make our way again this year to provide the kids with our platform to get scouted in the Indian Football ecosystem or make their way to Europe. We are grateful to our partners and team, with all the volunteers who make our trial outreach a success. With FIFA women’s world cup embarking on India’s Football journey worldwide, we are set to upskill, train, and scout the best Indian Football talent who are the future of Indian Football.’’

IKF aims to holistically develop a self-sustainable environment for India to begin the international footprint with opportunities in the form of Clubs, Agents & Scouts. During the National finals for Season 1, at the Ambedkar Stadium in Delhi, 104+ finalists performed in front of ISL, I-League, and international scouts, out of which 20+ finalists were selected for trials by ISL & I-League clubs. 7 kids with the utmost potential are gearing up for trials in Spain free of cost.