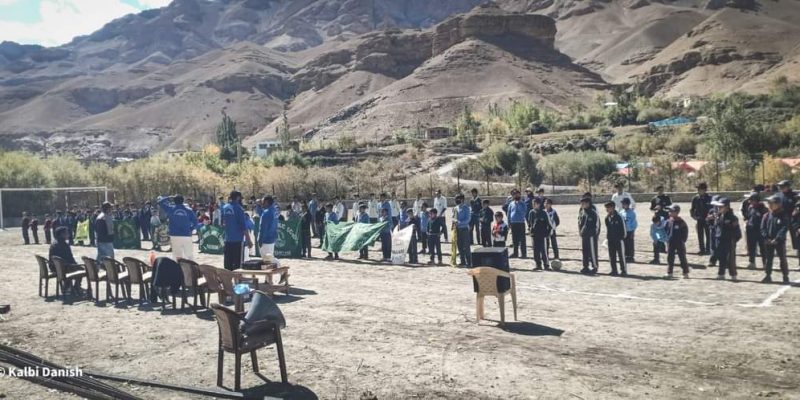 KARGI, SEPTEMBER 27, 2022: Inter-school Zone-level U14 and U17 tournament for boys and girls started today at Sports Stadium Shargole.

In this tournament a total of 564 student players from 32 Middle Schools of Shargole Zone. On the opening ceremony, principal Higher Secondary School Shargole, Ishay Namgail was the chief guest while ZPEO Muhammad Sadiq Sheikh was the guest of honour.

The tournament will continue for the next 5 days. In the tournament different games like volleyball, handball, etc. will be organized.