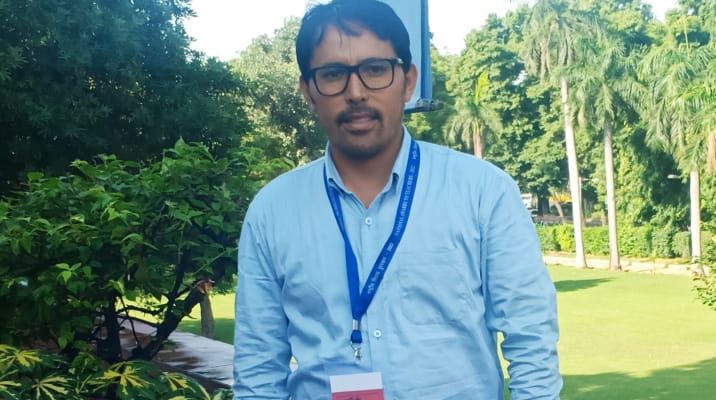 Jabir Jumps up from School Teacher to University Professor

The renowned National Awardee Teacher Mohd Jabir from Pashkum Kargil (UT of Ladakh) has been selected as Assistant Professor in Education (For English Specialization) in the School/Department of Education & Trainings, Maulana Azad National Urdu University (A Central University with NAAC A+ Grade) Hyderabad Telangana and fortunately, he is posted at Srinagar Campus (CTE) of the University. It is pertinent to mention here that he had applied for a single post which was advertised in a national level advertisement in January 2022 and appeared in interview in the conference hall of the University at Hyderabad in the last week of December 2022 among the shortlisted doctorates and post-doctorate candidates from across the country. Despite having a very taugh competition, he got through the procedures and becomes victorious.

Now a days, government of India issues appointment letters to all the selected candidates for any posts especially central government posts on the occasion of Prime Minister’s Rozgar Mela and accordingly the 3rd National level Rozgar Mela is held on 20th of January 2023 and appointment letters to the selected candidates are issued on spot. As per the directions of the authorities/Ministry of Education, Jabir attended the same function at. Govt. Convention Centre, Jammu and received his appointment order during a grand ceremony from the august hand of Ajay Batta, the Minister of State for tourism and defence and the function was witnessed by MP Jughal Kishore, Rajaya Sabha MP Mr. Ghulam Ali Khatana among other high profile dignateries. On the occasion, the Prime Minister virtually addressed to encourage the nationwide selected candidates for central government posts.

Jabir added that he is highly grateful to the Prime Minister, Education Minister and the Chairman & all the members of the selection committee for his fair selection & appointment to the prestigious post.