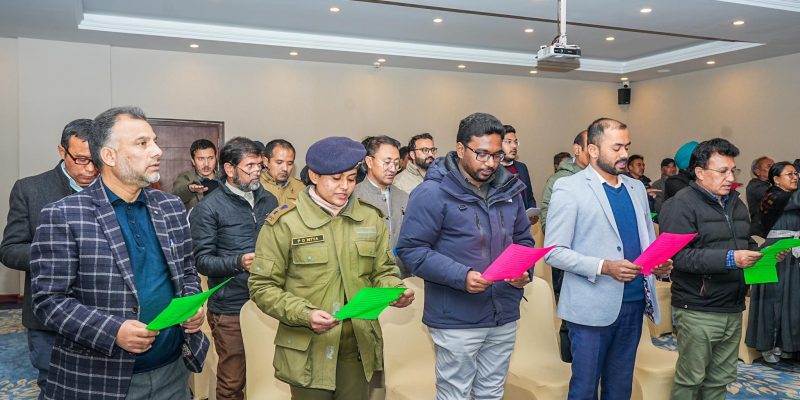 Leh, November 04: Along with the rest of the country, the Ladakh Administration too is observing Vigilance Awareness Week from October 31 to November 06, 2022. October 31 is also the birth anniversary of India’s first Home Minister, Sardar Vallabhbhai Patel. This year, Vigilance Awareness Week is being observed with the theme “Corruption-free India for a developed Nation”.

In this regard an event was organised by the Vigilance and Anti-Corruption Bureau, Ladakh in Leh today. The event commenced with the administering of the integrity pledge to the officials of the UT Administration.

Speaking on the occasion Advisor/Chief Vigilance Officer, U.T Ladakh, Umang Narula said that it’s important when individuals assume government offices that they operate in the laid down framework. He urged, the officers, to keep themselves updated on the rules and the instructions given by the Central Vigilance Commission. He said that technology-based applications such as e- office, GEM, e-tendering, PFMS and LIFMS which have been implemented in Ladakh are effective tools in bringing about transparency and good governance. Highlighting the importance of inculcating moral values at a young age to shape the attitudes and beliefs of the coming generation in the right direction, Advisor Narula suggested that an element of morals and ethics be incorporated in schools.

Additional Secretary, Vigilance, Tashi Dolma, in her welcome speech said that the importance of observing vigilance awareness week besides creating awareness is also an occasion to have more focussed deliberation on the problem of corruption in public administration and finding ways to combat it. Further, she said that all the stake holders viz the government, citizens and private sector needs to work together to eradicate corruption from society. 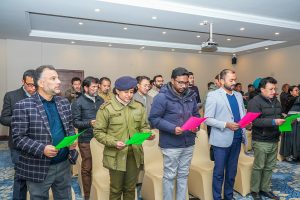 Earlier in the week, government offices throughout the Union Territory kicked off Vigilance Awareness Week by taking special integrity pledges to commit to the ideals of transparency and honesty. Educational institutions also observed the Vigilance Week by organising various activities and painting competitions.

To empower the public against corruption, the Central Vigilance Commission has started an initiative where in individuals can anonymously lodge a complaint against corruption with the regulatory body under Public Interest Disclosure and Protection of Informers Resolution.