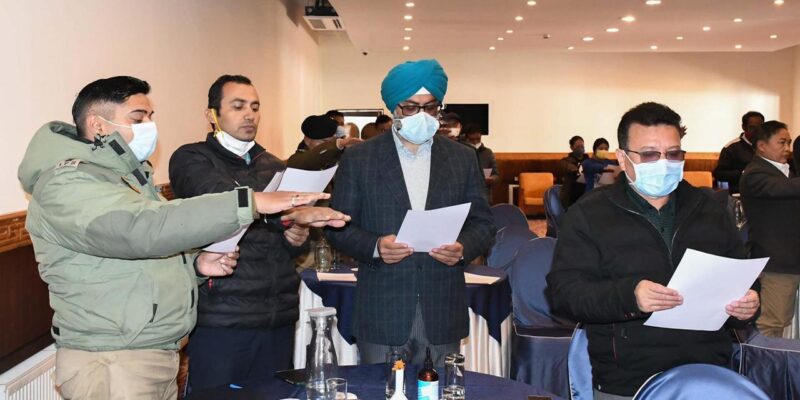 Leh, October 30: The Administration of Union Territory of Ladakh is observing Vigilance Awareness Week from October 26 to November 1, 2021. The theme for this year is “Independent India @ 75: Self Reliance with Integrity”. In this regard, a function was organized in Leh. 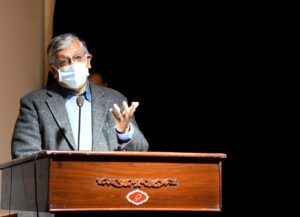 she
Speaking on the occasion Chief Guest, Advisor/Chief Vigilance Officer, UT Ladakh, Umang Narula said that the government has placed with Administration a large amount of resources for the welfare of the people and public servants must spend this public money with caution so that infructuous expenditure is avoided.

He added that vigilance has a punitive component which can be demoralizing for officers but it is important when we assume high offices that we operate in the laid down framework. He added that vigilance is also a reminder of the self-control that officers must exercise while discharging their duties , but unfortunately, at times individuals can get carried away by the position they hold.

He urged the officers, especially those dealing with procurements and contracts, to keep themselves updated on the various rules and the instructions given by the Central Vigilance Commission. He said technology offers a good solution to remove distrust between the public and public servants. He added that technology based applications such as e- office , GEM , e-tendering and PFMS which have been implemented in Ladakh are proving to be effective tools in bringing about transparency and good governance. He emphasized the importance of having third party audits especially for big projects. In conclusion, he said that the Lt. Governor, Ladakh has approved all Secretaries of their respective departments and Additional Deputy Commissioners of the district to be designated as Vigilance officers.

ADGP, Ladakh, Satish Khandare, while addressing the audience said that corruption is not only limited to India but is a worldwide phenomenon. He said post-independence several steps have been taken to keep the government accountable to the public. He added that it’s expected of a public servant to deliver public service with sincerity. He said the new Union Territory of Ladakh, is working to strengthen the vigilance infrastructure as it’s important to have an oversight mechanism.

Commissioner Secretary, Ajeet Kumar Sahu laid stress on the importance of having knowledge of rules, procedures and laws for public servants. He said public servants should minimize discretion and keep transparency. He also emphasized that the character building of individuals should happen right from the beginning. In conclusion, he said that capacity building wherever required should be done and technology wherever possible should be used to keep transparency.
SSP, Leh, Rajiv Pandey, in his address said that we are a Welfare State. Therefore, public servants in both their public and personal life must always work for the welfare of the people, only then the concept of Vigilance week in it’s true essence will be imbibed in our society and among the public servants.

Additional Secretary, Home Department, Tashi Dolma said that the spirit behind observing Vigilance Awareness Week was to sensitize the public against the menace of corruption. She added that the Vigilance week is observed to emphasize the importance of integrity in public life. Further, she said that this year a special initiative was taken by the Central Vigilance Commission to create mass awareness for the complainant mechanism in which the complainant is protected by keeping his identity a secret.

The latest vigilance manual book was unveiled by the Chief Guest and an integrity pledge was also taken by all the officers present on the occasion. The Vigilance Awareness Week is being celebrated as part of the Azadi Ka Amrit Mahotsav, celebration.