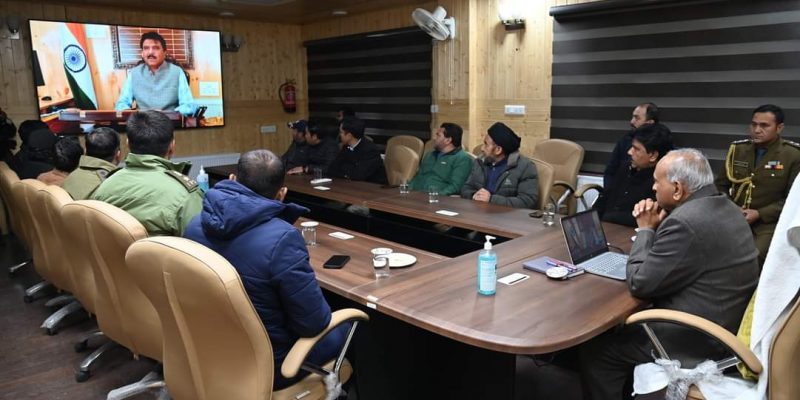 LG Ladakh launches documentary on the achievements of LAHDC Kargil

The launch was followed with a special screening of the Documentary for the dignitaries. 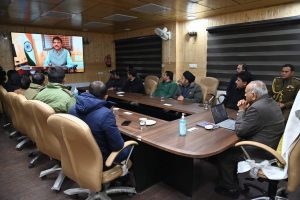 The documentary highlighted achievements of the fourth LAHDC Kargil that came into being on the 1st of October 2018 with Feroz Ahmed Khan as the Chairman/CEC.

The occasion marks the completion of four years of the current LAHDC Kargil.

The Documentary highlighted the special & challenging situation the Council had to face in view of the Divisional Status for Ladakh, Re-organization of the state of J&K, Evacuation of stranded pilgrims & general citizenry during the COVID-19 lockdowns etc. It also highlighted the developmental activities that were undertaken by the Council in the four years following its inception.

The documentary, particularly, stresses upon the strengthening of infrastructure especially in the fields of Health, Education, Sports and Public Works besides dwelling upon various initiatives of the Council under the subsidy component of the District Capex Budget.

It highlighted the schemes implemented by the Council for direct transfer of benefit to the public under the aforementioned Subsidy Component of the District Capex.

LG Ladakh appreciated the efforts of the LAHDC Kargil and said that it has been rendering yoeman’s service in delivery of services to the public.

CEC Kargil on the occasion thanked the UT Administration for its support & cooperation and reiterated that LAHDC Kargil is committed for the cause of the people of Kargil District.

The documentary has been produced by the LAHDC Kargil and shot by Planet Ladakh.