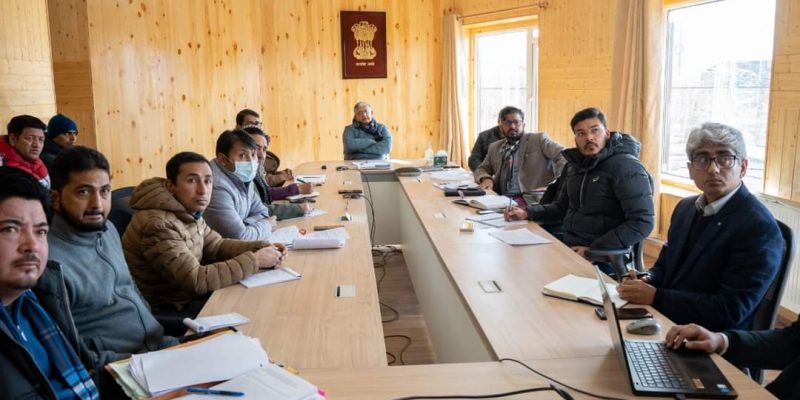 Commissioner Secretary Ajeet Sahu stated that the existing routes being operated by SRTC of erstwhile JK were within Ladakh and inter-state routes are the Leh-Manali, and Leh-Srinagar service routes. He further apprised that additional 20 buses and 10 trucks and 02 transport depots are being transferred to Ladakh by the SRTC as part of the apportionment approved by MHA.

While discussing the proposition of the functioning of the public transport operations in Ladakh, it was given to understand that the Transport Department and Housing and Urban Development Department of Ladakh shall continue to act as regulatory bodies, while SIDCO shall be the implementing agency for functions such as planning, development, operations, and implementation of transport infrastructure and other allied activities with the end motive to provide affordable and dignified public transport by ensuring financial viability. 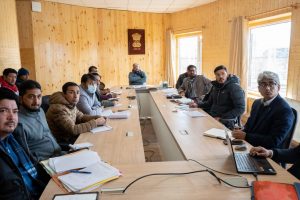 It was informed during the meeting that a technical and financial viability assessment of the internal routes was undertaken by the Transport Department through Rail India Technical and Economic Service (RITES) Limited for plying the existing fleet of electric buses.

In this regard, Advisor Narula was apprised of the surveyed non-urban routes for operating e-buses, taking into consideration factors such as the gradient of the routes and battery consumption. Further, potential urban routes have been identified on the basis of existing gaps, the importance of the route, average occupancy, length of the route, and required conditions for plying the e-buses along with identification of locations for setting up charging stations.

Post deliberations, Advisor Narula directed SIDCO to plan and operate e-buses on tourist circuits as per the pilot done by the Transport department while making a holistic experience for tourists by combining other services. He further stressed making operations active on longer routes internally as well as to explore the feasibility on inter-state routes beyond the neighbouring states of Himachal and Jammu & Kashmir.