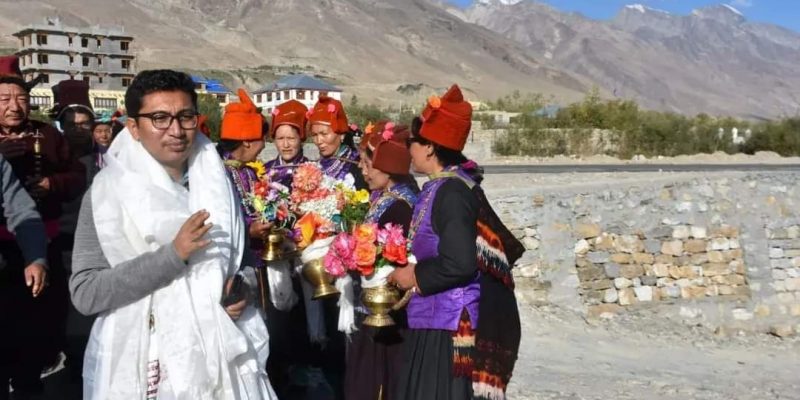 During the function, the MP Ladakh, who was chief guest on the occasion, distributed charitable items like kitchen sets, blankets, wheelchairs, school bags, note books, jackets among the various school children, Monk and Nuns.

Namgail appreciated the HCC New Delhi for their charitable events in Zanskar as well as in other parts of Ladakh. He also informed the public that 18 new towers of 4G have been sanctioned for Zanskar subdivision and the survey is already completed. An amount of Rs1.10 cr has been sanctioned for Zanskar valley from MP Funds for current financial year. 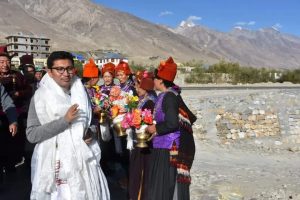 While welcoming the chief guest and other guests, Councilor Cha Constituency, Stanzin Lakpa expressed gratitude to the team members of the HCC and MP Ladakh for conducting such a charitable event in the remote area of Ladakh.

He also hoped for the visit of Shrimati Mangala, the founder of HCC, to Zanskar. He also suggested some more projects to be implemented in the region through their organization.

Vikas Varma, General Manager, HCC informed the gathering that their foundation is working for the welfare of the public in the field of environment, health and education.

He also assured the gathering that he will take up the demands with Shrimati Mangala for redressal in near future. A colorful cultural program was also presented by school children, Self Help Groups (SHGs) and societies.