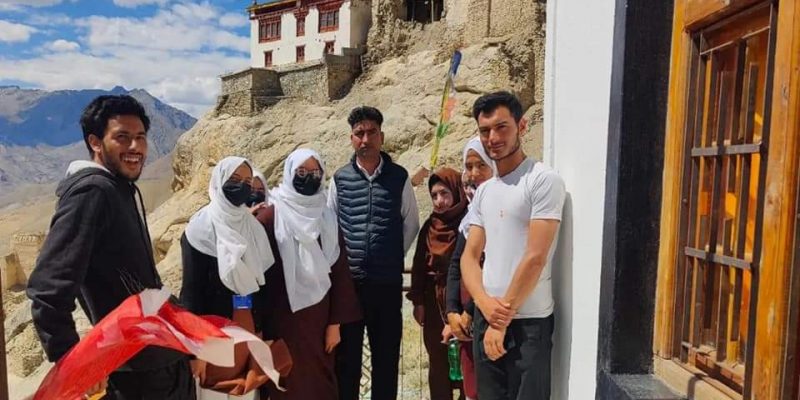 KARGIL, SEPTEMBER 04, 2022: Government Degree College Drass today conducted an archaeological tour approved by Principal Dr Amjad Ali Abassi and prescribed in syllabus by the University of Ladakh for the students of 5th Semester.

The students along with their teacher incharge Mohd Ashraf Wani left the college today and reached Kargil.

As a first step of the tour, the students visited the Munshi Aziz Bhat Museum of Central Asian and Kargil Trade Artefacts where they were briefed about importance of the ancient and medieval artifacts by their incharge teacher and museum staff.

The students raised questions about trade relations of Ladakh with neighbouring countries of Tajikistan, Khurasan, Tibet and China to which the teacher incharge responded positively.

The team left for Mulbek Chamba to visit the Mulbek Gompa consisting two Gompas, one Drukpa and one Gelugpa Buddhist monastery.

The students were told by their teacher about the of Gompa and the Tibetan architecture visible in the monastery. 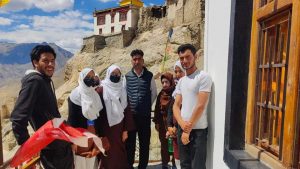 There the students raised different questions related Buddhist beliefs to which they were provided satisfactory answers by their teacher.

After lunch, the team moved to Shargole, a beautiful Ladakhi village. The main attraction here is a small cave monastery with beautiful interior wall paintings of ancient period built about six hundred and fifty feet high from the main road Shargole.

It is perched on a cliff and offers great picturesque views. The students were briefed by their teacher incharge about the historical background of the cave monastery and also about the singular architectural beauty of the monastery.

The students also interacted with the Lama of the Monastery and asked several questions related to the monastery and beliefs of the people to which the Lama responded positively.

After that, the team returned back to Drass while visiting some places of historical importance such as petrogylphs and ancient architectures on way