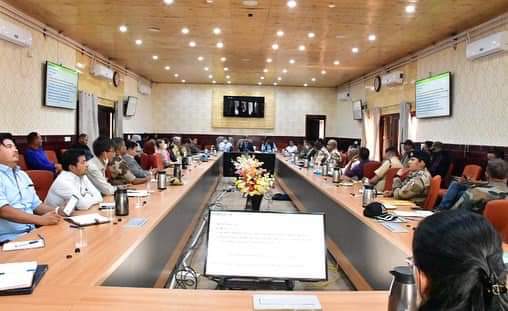 Consultant, NDMA, Maj. Gen. Sudhir Bahl spoke at length about the Incident Response System (IRS) module and the role and functionaries of Incident Response Team (IRT) which is essential to tackle any unfortunate incident or disaster effectively. He stressed the inter-departmental coordination and advance coordination with other central government agencies such as armed and paramilitary forces in context of their available resources and support system for effective management during a disaster.

He shared a detailed power point presentation highlighting the structured and organised manner of IRS module including, Emergency Operation Centre (EOC), the role and responsibilities of the task forces and members of Incident Response Team. He stressed on using modern technologies, such as drones and satellite imageries to assess and analyse the disaster damage and to prepare a planned and effective response.

Maj. Gen Sudhir Bahl added that the effective disaster management preparedness and response is essential to mitigate the damages caused by the disaster in terms of human and material loss. 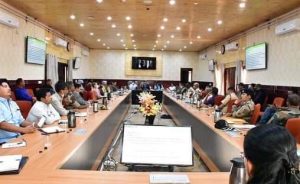 Similarly, the concerned officers and stakeholders from Kargil headed by Chairman, DDMA, Kargil, Santosh Sukhdeve were present through video-conferencing.

The Table Top Exercise is conducted as a precursor to the Mock Exercise on Earthquake to be held on September 8 in both Leh and Kargil districts to sensitise the stakeholders with the preparedness of the response mechanisms at the time of an earthquake.

The public is hereby informed about the scheduled mock exercise on earthquake in both Leh and Kargil district and any inconvenience caused due to it is regretted.