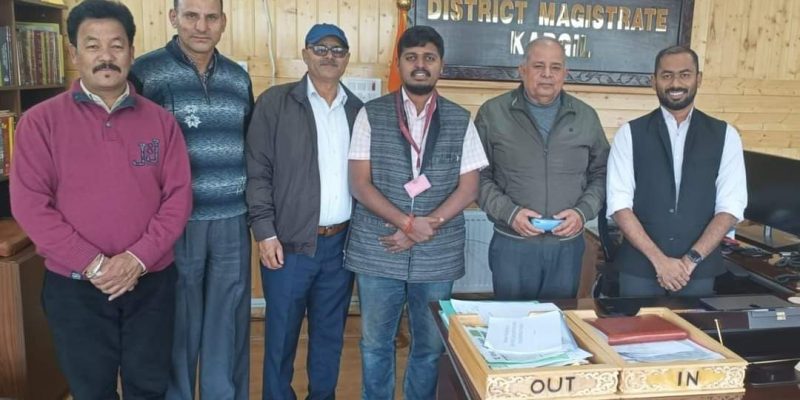 The Deputy Commissioner assured his full support to the team and also deputed his representative V. Srikar Reddy, MGNF-Kargil of MSDE for coordination and support. The team also interacted with CPO Kargil, Abdul Hadi in this context.

The team is on the awareness visit of the Scheme of JSS of the Ministry of Skill Development and Entrepreneurship, Government of India. 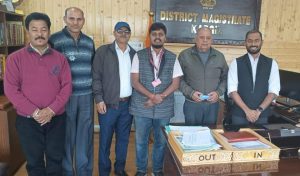 They visited Head Office JSS Kargil at Mulbekh-Shargole and held a meeting with local representatives headed by Rani Tashi Diskit where Panchayat members, village members and the Mahila wing participated to take up skill training programs of MSDE, GoI.

The local representatives assured their full support to the JSS team and requested to conduct the training sessions round the year.

The president of Bharatiya Shikshan Samithi stated that the JSS training scheme will be launched in Mulbekh through the Head office of JSS Kargil and will cover the whole Kargil district in the upcoming days.

He also said that the basic training equipment has already reached the head office at Mulbekh. The training is going to start tentatively within three weeks.