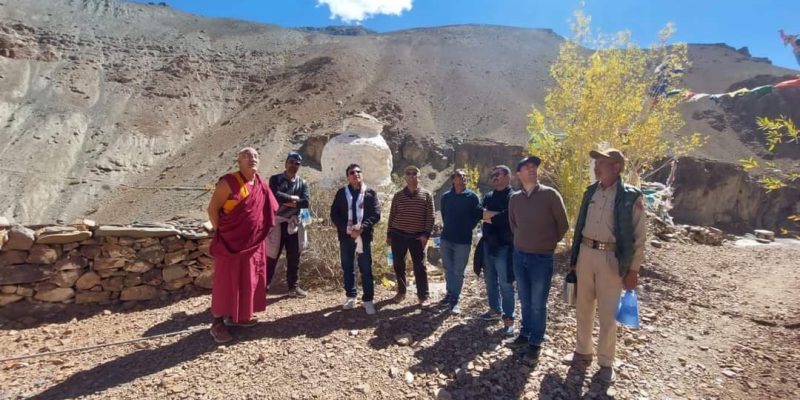 The Secretary inspected the ongoing works on development of river front and construction of amusement park at Tahan and Ufti and instructed the concerned officers to complete the remaining works as per DPR to operationalize these public/ tourists spots/amenities. He also stressed on use of local material as far as possible to maintain the natural ambience of the spots. 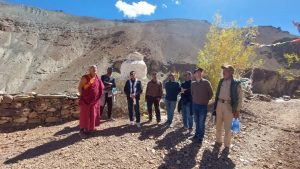 At Block Headquarter Cha, the Secretary, Tourism while taking stock of progress achieved on the construction of tourist complex expressed his dissatisfaction with the delay in execution and also on the quality of work executed so far. He directed Executive Engineer, ZDA to ensure quality and timely completion of the project. He also directed that if the agency/contractor is not executing the work as per design then appropriate action may be taken against the agency/contractor.

Later, the Secretary visited the historic Phuktal Monastery and after listening to the senior Lamas/ inhabitants of the monastery assured them of appropriate action in consultation with experienced conservationists.

The Secretary Tourism also interacted with the people/delegation of Yugar village who put forth their demands for considering establishment of home stays in their village in view of the village being on a popular trekking route. Secretary Khan assured them of due consideration of their demands.