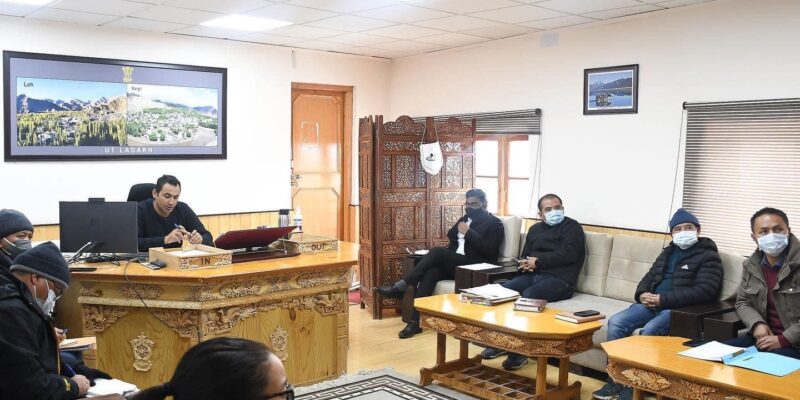 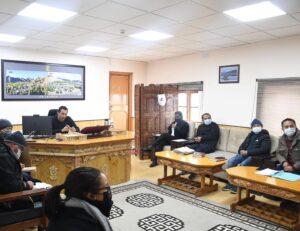 The director SECI informed that the 50MW solar power project at Phyang is expected to complete within the stipulated time and issues regarding the 10GW project are being followed up with the concerned agencies. Similarly, NTPC has communicated that works on the Green Hydrogen project in UT Ladakh shall commence from the upcoming season and are expected to complete within time.
Regarding the Geothermal Pilot Project, being executed by the ONGC- energy centre, the project manager informed that the wildlife department of UT Ladakh has submitted the documents pertaining to Forest and Wildlife Department to the Ministry and apprised the secretary that the drilling process shall begin very soon after wildlife clearance.
The PGCIL has apprised the Secretary about the approval of the transmission line for the 10GW project and the requirement of land for setting up grid stations and other infrastructure. Similarly, the RECPDCL has informed that they have uploaded the requisite documents of 220 KV Transmission lines to Nubra and Zanskar to get the clearance from wildlife and forest departments on Parivesh Portal.
Later, the Secretary directed the concerned agencies to work expeditiously with the dedication to complete the projects well within stipulated time and intimate the Secretary for any issue they face while implementing projects.
The meeting was attended by Deputy Commissioner Leh; Chief Wildlife Warden; Chief Engineer Power Department, UT Ladakh; Divisional Forest Officer; Assistant Commissioner Revenue Leh and Kargil; Superintending Engineer, Power Department; Director SECI; Project Director LREDA and KREDA; and concerned officers from NTPC, ONGC, RECPDCL and PGCIL.