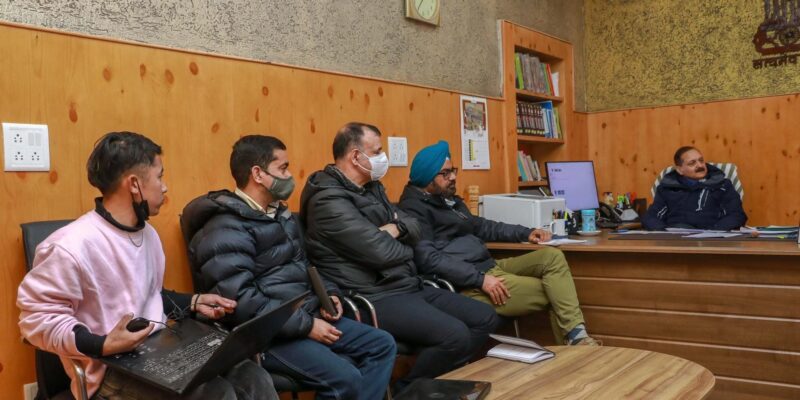 Leh, February 03: In order for the forest officials to patrol and keep watch over the world-famous Tso Kar Lake which has been declared a ‘Ramsar site’ various designs and concepts for the construction of forest watch towers was discussed in the meeting. The raising of forest watch towers in all the protected areas is one of the priority items being reviewed by Lt. Governor, UT Ladakh.

In the meeting, Principal Secretary, Forest, Ecology and Environment, Dr. Pawan Kotwal stressed that the forest watch tower should not only fulfil its purpose but the architecture too should be equally attractive and utilitarian. The officials unanimously opted for a double-decked designed forest watch tower. A patrolling hut with toilet facilities will also be suitably located near the tower. Principal Secretary, asked the Regional Wildlife Warden to identify a notable location for the installation of forest watch tower at Tso Kar and also in other important ‘Protected Areas’. 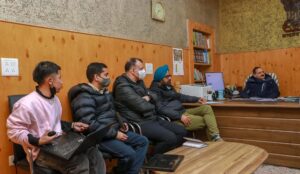 Further, Principal Secretary directed Chief Engineer, Prakash Tanoj, to get soil testing done and strengthen the foundation at the proposed site. He instructed the officials to use good quality materials such as wood and reinforced cement concrete for the flooring of the deck and the staircase of the tower. The holding capacity of the floor should at least be 10 tonnes, he added.
A conceptual drawing of the forest watch tower will be submitted by the Chief engineer to the Principal Secretary within a week’s time. Principal Secretary instructed that the tendering work for the same should be completed by March 2022.

Further, Principal Secretary said that if this succeeds then forest watch towers can also be replicated in other scenic locations such as Sankoo which besides helping the guarding staff would also provide a great view of Nun Kun glacier. Similar towers can also be constructed at Pangong, Tso Moriri, etc, he added.