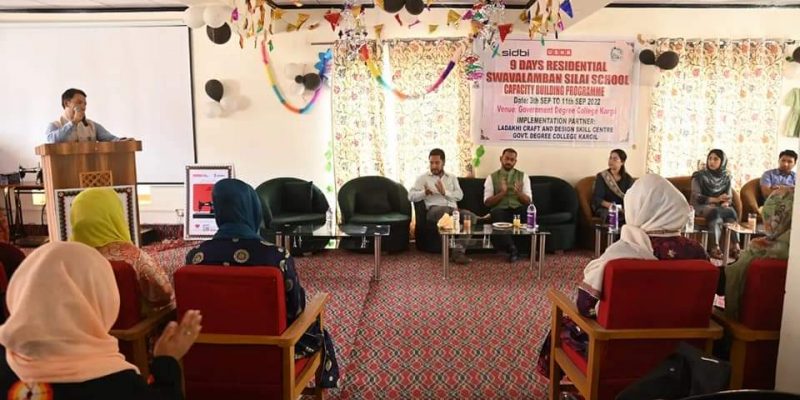 On the occasion, DC Kargil congratulated the entire team of USHA International Limited and Skill Center GDC Kargil for conducting the resourceful program for the trainees.

He said women are the main stakeholders of development of society and economic independence gives them power to enable them to take part in decision-making.

Appreciating the efforts of the concerned agencies in conducting the training session, DC Kargil said such programs should be conducted in the future as well in different fields. 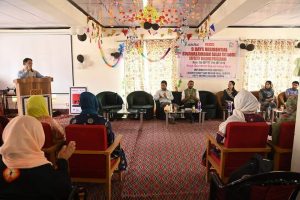 The DC said Kargil’s rich culture and tradition has the potential to make way to national and international markets and focus should to develop such a market to sell the products.

He advised young trainees to make designs according to need of the new generation with the help of modern technology so that the chain of demand and supply is maintained.

DC Santosh assured that the District Administration and LAHDC Kargil are committed to extending support to such programs to make young entrepreneurs independent.

Shaista Ayub while briefing about the training program said that around 25 girls have been trained in stitching and machine reappearing.

She said the trained girls will be able to open their own training centers in their respective areas and would be able to train girls in this field.

Shaista said along with the skill development program, an orientation program has also been conducted to impart awareness about the importance of financial independence and management.

He said participants of the capacity-building program were selected from different villages across the district to develop entrepreneurship skills in craft development. He informed that till date, around 500 girls have been trained through the college’s Skill Center in different fields.