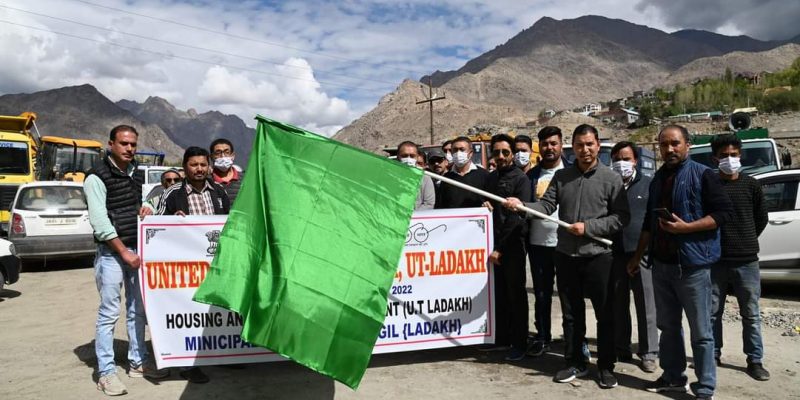 Head Assistant MC Kargil, all ward members, self-help groups, and street vendors participated in the campaign which aims at mobilizing citizen action and commitment towards the vision of building ‘Garbage Free Cities.’

The campaign which started today will run till October 2nd and aims to impart awareness among people about importance of clean surroundings. 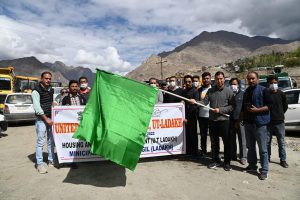 During the campaign, the ward members distributed masks and hand gloves among the street vendors and also initiated a cleanliness drive from taxi stand to TFC and to Kako Shilikchey Kargil. Similar programs will also be held between till October 02.