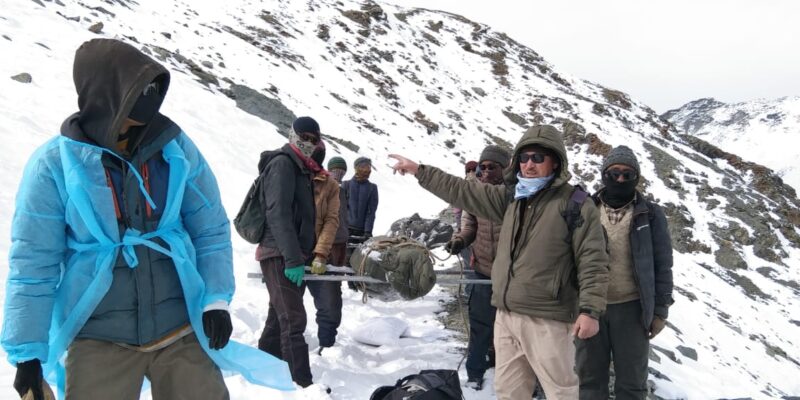 yesterday police team once again trekked for 2 hrs up hill in thick snow to Shinkula top in search of missing two migrant labours who were missing since 16th Oct. The police team recovered the mortal remains of both the missing labours on the Shinkula top. On that inquest proceedings under section 174crpc initiated by police , DBs were brought to CHC Padum for postmortem and after all legal formalities the DBs were handed over to the fellow labours who were Accompaning them. Police station Zanskar also helped the poor labours in performing last rites.