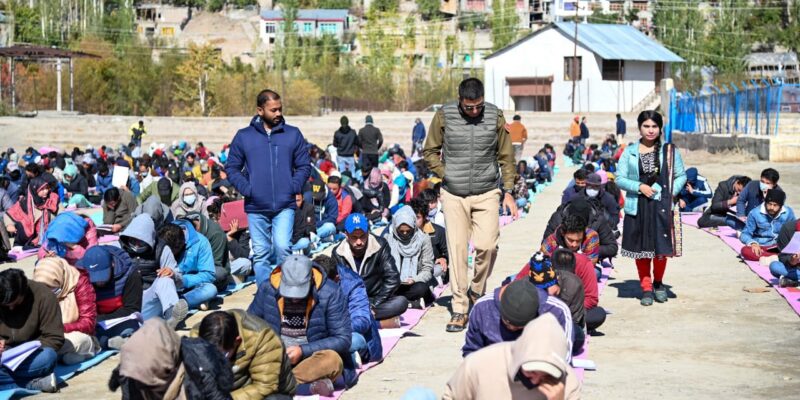 The written test was conducted under the overall supervision of the Chairman, DSSRB and Deputy Commissioner and CEO, LAHDC, Kargil Santosh Sukhadeve for which all necessary measures were put in place by the District Administration so as to conduct the written examination in the most transparent, free, fair and smooth manner. 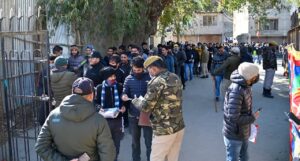 On the occasion, the Deputy Commissioner Kargil said that for the first time in the history of Kargil, OMR answer sheet has been introduced for the DSSRB exams.

Meanwhile, in order to monitor the whole examination process in a controlled and organized manner, the written test was conducted under a proper team comprising of non local emoyees of Kendriya Vidayalaya Kargil, Jawaharlal Navodaya Vidayalaya Kargil and non local Lecturers who were deployed as Observers, Supervisors and Assistant Supervisors.

Magistrates and police personnel in adequate numbers were deployed to avoid any law and order problem.

Out of the 2999 candidates who had applied for the examination for 56 vacant posts of Panchayat Accounts Assistants, 2316 candidates appeared in the written test while 683 candidates remained absent.

Pertinently, the advertisement for the post of the Panchayat Accounts Assistants was advertised in the year 2019.