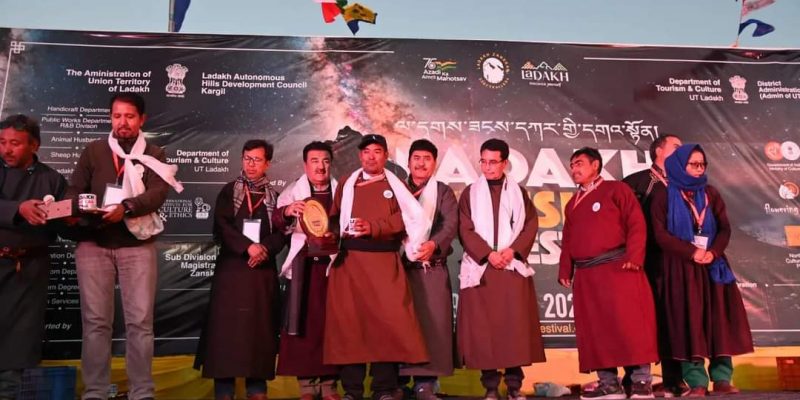 KARGIL, SEPTEMBER 30, 2022: The 7th edition of the two-day Ladakh Zanskar festival concluded today at Padum in Zanskar with immense zeal and enthusiasm. The event was aimed to highlight the rich cultural history and boost tourism sector in the sub-division.

Deputy Secretary LAACL Leh in his welcome speech highlighted the importance of the festival and said that such events provide a platform to local youth to showcase their talent. He also said the event will help in promotion of local tourism and stressed preserving local heritage and culture. 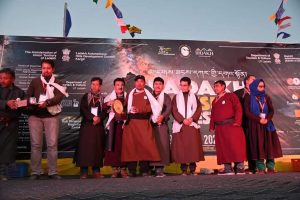 Artists from Padum and adjoining areas of Zanskar, artists from Leh and Kargil besides artists of North Zone Cultural Centre Patiala from Lahaul, Spiti and Kinnaur districts of Himachal Pradesh mesmerized the dignitaries and audience with their traditional music and dance performances.

The artists from different places of Zanskar presented a colourful reception to the chief guest and guests on the occasion. Local ethnic food stalls and local handicraft exhibition were also displayed by women associations at the venue.

The facility of yak and horse riding was also kept available for the attraction tourists and participants. A colourful cultural program depicting the rich culture and traditions of Zanskar was the main attraction of the event.

After giving so much time to farming, schooling, religious practices and mostly preparing for the chilling winters, locals enjoyed and took part in the two-day festival.

The festival marks the mesmerizing example of culture preservation and maintains the identity of local people. The people of Zanskar left no stone unturned in pleasing the tourists and special guests during the festival.

On the occasion, EC Tashi thanked UT Administration Ladakh, Tourism Department, LAHDC Kargil, District Administration Kargil and other stakeholders for their support in making the event successful. He also thanked people of Zanskar, Kargil and Leh for showcasing their culture and heritage.

Several departments and banks displayed their stalls to enlighten people and aspiring entrepreneurs about different government schemes while other stalls included those on the local handicrafts and handloom, agricultural products, Zanskari Doksa lifestyle etc.