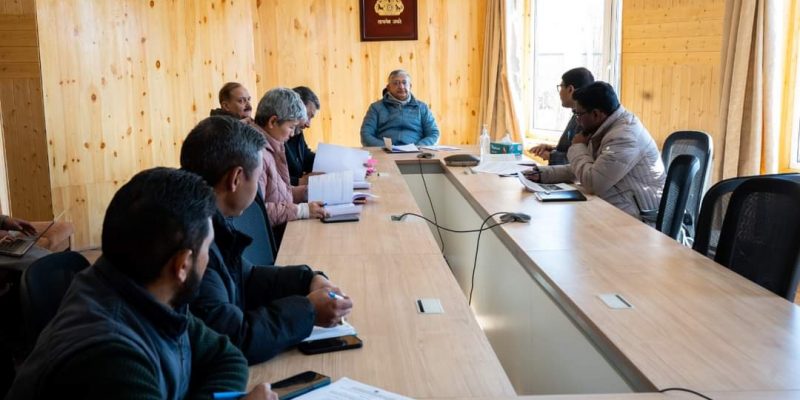 Leh, Dec 01: Advisor Ladakh, Umang Narula chaired a meeting to review the action plans prepared by the stakeholder departments for the month-long national campaign against gender-based discrimination. The campaign with the theme “Elimination of Gender-Based Violence” is being observed from 25th November to 23rd December 2022.

The participants held deliberations on conducting activities and events by the Departments through Self Help Groups, Anganwadi and Asha workers, Gram Panchayats, and other field functionaries in a whole Government campaign mode.

Advisor Narula observed that violence is only one part of discrimination against women and there is a need to focus on other aspects as well, like the promotion of a positive gender attitude, capacity building on women’s rights and legal entitlements, girl child’s education, women health, and hygiene and economic empowerment of women. He stressed on the need to conduct awareness campaigns in the rural areas about Emergency Response Support System number 112, One Stop Centre for women, and various departmental schemes for women. 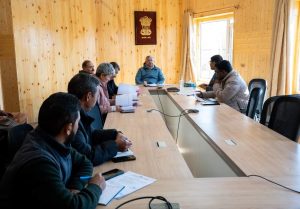 Workshops on ‘Prevention of Sexual Harassment of women at Workplace’ for Secretariat and District officials, Women Leadership programmes at Colleges, issue of sanitary napkin disposal, and the District Administration’s endeavor to provide incinerators at the village level were also discussed.

It was decided that the Departments of Rural Development, Health, Social and Tribal Welfare, Ladakh Police and the District Administration shall work collaboratively and organize workshops and campaigns.