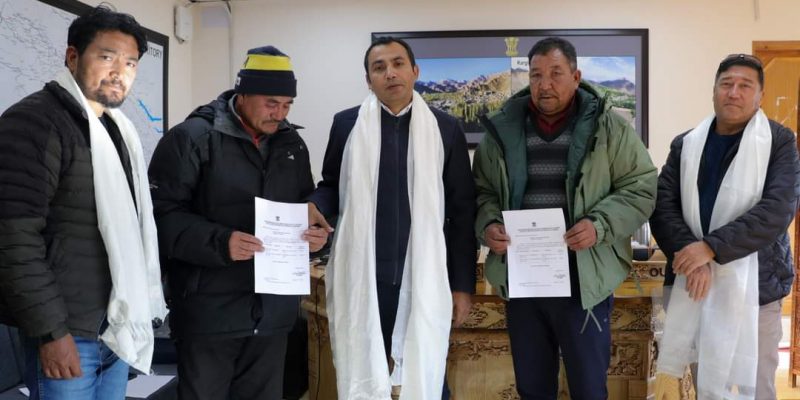 Earlier, expressing his condolences to the bereaved families of Tsetan Dolma and Rigzin Lamo, the Hon’ble Lieutenant Governor of Ladakh, R K Mathur had announced an ex-gratia relief of Rs 5 lakh each to the next of kin of the deceased. In this regard, the Secretary, Sports and Youth Services Department, Ravinder Kumar today personally presented the sanction letter for the ex-gratia relief to the families of the deceased.

The deceased were both pursuing Masters in Physical Education (MPEd) from Jammu University and were prominent sportswomen who had represented Ladakh at the national level in ice hockey and football. Tsetan from Durbuk had represented India in five international ice hockey championships and various national and local tournaments. She played in the team as a defender. Rigzin Lamo from Nubra was a part of the Ladakh women’s football team and had participated in various national tournaments. 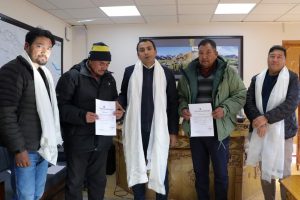 The Secretary, Ravinder Kumar, stated, ‘We have lost two precious lives and the entire Ladakh is aggrieved by this loss. They were talented sportswomen and a source of inspiration for the youth.’ He expressed his heartfelt condolences to the families and instructed the concerned officials to arrange memorial tournaments in honour of the deceased players.

The ill-fated accident at Jammu-Srinagar National Highway on September 19 also claimed the life of Social Worker, Harman Anand who was operating Anjana Rural Charitable Organisation- an NGO working and contributing to social causes.