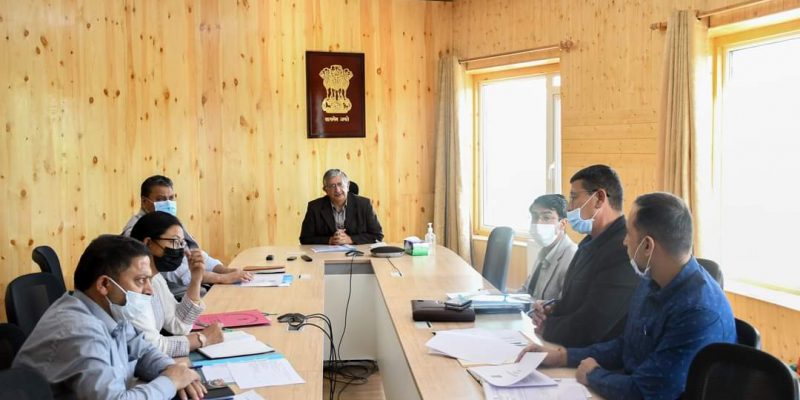 Under the scheme, a total budget of Rs. 66 lakhs proposed for Ladakh Police

Leh, Aug 26: To strengthen the police infrastructure by equipping the police with required mobility, modern technology, weaponry, communication equipment, and forensic set-up, Advisor Ladakh, Umang Narula chaired a meeting to discuss the proposal for the Assistance to States and UTs for the Modernisation of Police (ASUMP) at the Civil Secretariat, Leh. In the meeting, the total budget proposed for Ladakh Police was Rs. 66 lakhs.

The Superintendent of Police, AIG CIB, Police Headquarters, Ladakh, Kameshwar Puri gave a detailed presentation on the proposed Action Plan by Ladakh Police for ASUMP 2022-23. He apprised the meeting that the Ladakh Police aims to strengthen its force by focusing on four key areas viz. Communication and Training Equipment, Capacity building of Police personnel, and Improvement in Police Public interface. To enhance cybercrime investigation techniques and general computer skills of the District Police, he shared that special training courses will be conducted by cyber experts. 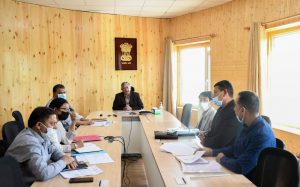 As a sturdy relationship of shared trust between the police and the public they serve is crucial for effective policing and maintaining public safety, SP, Puri said that a close interface shall be established between the police and civilian population. This will not only help in better coordination but will also ensure enhanced intelligence/information flow, he added.

It was also shared that training programmes in high altitude sickness management and an Awareness camp on safe and secure tourist business in border areas will be conducted for the civilian population residing in tourist hotspots along the border. The project aims to minimize the reported high altitude sickness deaths and difficulties faced by tourists visiting border areas.