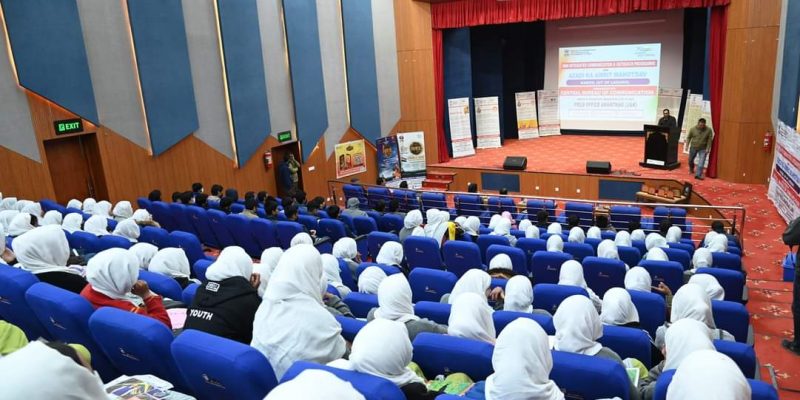 Kargil, October 27, 2022: The Central Bureau of Communication (CBC), Ministry of Information and Broadcasting Government of India today concluded a two-week-long public outreach campaign in the Union Territory of Ladakh by organizing the final Integrated Communication & Outreach Program (ICOP) in Kargil.

The program was aimed at mass awareness about the Prime Minister’s 15 point program for minorities under the aegis of Azadi Ka Amrit Mahotsav (AKAM) was organized by CBC’s Field Office Anantnag at Syed Mehdi Memorial Auditorium Kargil.

This was the fourth program organized by the CBC in Ladakh region in October for mass awareness about various schemes and welfare measures being implemented throughout the country.

Apart from this, information about the objectives and vision of the AKAM was also provided to participants which included the new initiatives of Swaraj Television Series and Azadi Quest Mobile Games.

Chairman/CEC, LAHDC, Kargil, Feroz Ahmed Khan presided over the program as chief guest. In his presidential address, he appreciated the CBC for organizing the outreach programs in Kargil district, especially in remote Zanskar region.

The CEC said that in the present age, information is a powerful tool for empowering masses and there is a need to reach out to the people living in the rural areas.

Khan impressed upon the people to avail benefits of different welfare programs being implemented across various sectors by the Union Government as well as the administration of Union Territory of Ladakh. 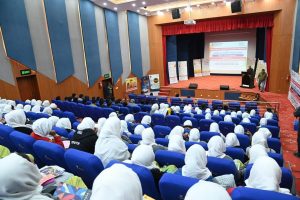 He mentioned various subsidy schemes being run by the LAHDC, Kargil for the benefit of people and informed that a scheme to provide assistance to patients who need to travel to New Delhi and other places by air for treatment under Ayushman Bharat is under active consideration of the council.

Deputy Commissioner/CEO, LAHDC, Kargil Santosh Sukhadeve in his address said the aim of the outreach programs is to communicate with the last person in the last village in order to ensure development at grassroots level.

He informed that apart from Centrally Sponsored Schemes (CSS), LAHDC, Kargil and district administration run various schemes for the people. He made special mention of laptop subsidy scheme for the students.

DC Santosh urged students to avail benefits of various scholarship and skill development programs and advised them to use social media judiciously.

While welcoming the guests Ghulam Abass, Joint Director, CBC, Regional Office, Jammu said that the onus to avail benefits of the government schemes lies with the citizens. He said that a joint effort by the policy makers, communicators, citizens as well as those responsible for the implementation at the ground level is needed to ensure the welfare schemes serve the intended purposes. He said under PMs 15 point program for minorities, special attention is given to the states and UTs where a substantial minority population is present.

In his address Shahid Mohammad Lone, Field Publicity Officer, CBC Anantnag and Leh thanked the Hill Councils and district administrations of Leh and Kargil for support at all levels for successfully conducting the outreach programs in Ladakh region.

He said that a number of welfare programs are being run by the government for the socio-economic upliftment of the people especially minorities and the success of these programs and welfare measures is in the hands of the public who need to avail the benefits. Lone said that no program or policy is going to be successful until all the stakeholders join hands for its implementation.

The program was also attended by officials from administration, prominent citizens, teachers and students from various schools. Others present during the program were Sikander, FPA Srinagar and Mohammad Iqbal Khan, FPA, Anantnag.

Theme-based cultural programs were presented by cultural parties sending across messages about various welfare schemes as well as displaying the amazing local culture. Students took part in an open quiz, the winners of which were felicitated at the end of the program.