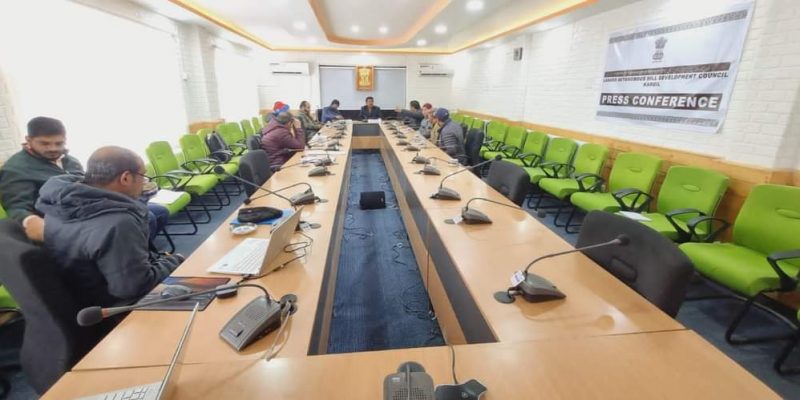 At the outset, the CEC reviewed the concept report of 24/7 water supply for Kargil Town from two main water source comprising Suru River and Drass River.

On the occasion, the Consultant presented the presentation that included three major components: project population for the years 2025, 2040 and 2055, three alternatives conceptualized for providing 24/7 water supply and capital cost as well as O&M.

The consultant explained the three alternatives (of the second component) which include development of additional source in Drass River to cover entire project area except zone 4 which would be covered by existing WTP, two additional source one in Drass River and another in Suru River covering the zones 1, 2, 3 and 5, 6, 7, 8 respectively and the third alternative consisted further improvement of second alternative.

During the meeting, the alternatives presented by consultant were discussed in detail.

Khan further directed the consultant to proceed with preparation of DPR as per third alternative at the earliest so that the project execution work could be started early during 2023-24. The meeting ended with the vote of thanks to the CEC.