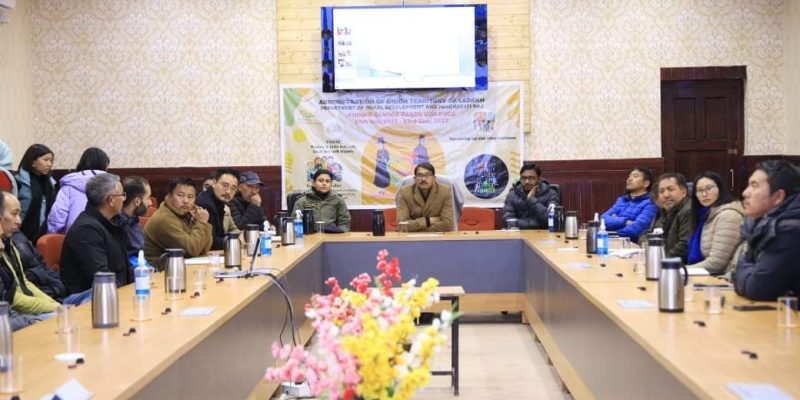 Leh, Dec 21: As a part of the ongoing month-long awareness campaign against Gender-based Violence under the National Gender Campaign 2022, a district-level event was organised in Leh at DC Conference Hall by Rural Development and Panchayati Raj Department (RD&PRD), Leh in the presence of the chief guest Commissioner Secretary, RD&PRD, UT Ladakh, Saugat Biswas.

Addressing the gathering, Commissioner Secretary, Saugat Biswas stressed that indoctrination, implicit in family setup, makes us accept ideas, behaviours, etc. without questioning them and is a reason for the existing and normalized gendered biases and prejudices. He exhorted to unlearn these indoctrinations and urged the women to take a stand for themselves and come forward to claim their rights. 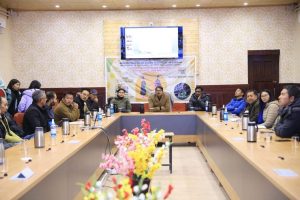 Commissioner Secretary Biswas added that access to education for girls is essential to tackle the issues of gender discrimination and violence. The freedom of movement allowed to a girl/woman along with health expenditure, especially for women indicates the inherent gender differences. He added that sensitization about menstrual hygiene, consent, and acceptable and correct behaviour towards women should be imbibed in everyone and in particular among boys from a young age.

Stressing the importance of being economically and financially independent, Commissioner Secretary Biswas said that financial independence enables a woman to break free from the vicious cycle of violence and discrimination. He added that vocational and skill development of women in rural areas along with the know-how to avail of banking services or other institutional services would lead to financial inclusion and independence of women.

Commissioner Secretary Biswas also highlighted the need for the active participation of women in decision-making. He added that awareness among the public along with community participation and women being their own voice could go a long run in achieving gender equality.

Earlier, ADDC Leh apprised about the various activities organised at the block and panchayat level collaboratively with the participation of all the stakeholder departments, Councillors, BDCs and PRIs during the month-long National Gender Campaign.

Also, various stalls by different SHGs were installed in the main market along with stalls for Aadhar enrollment/correction and medical checkups as a part of the event.