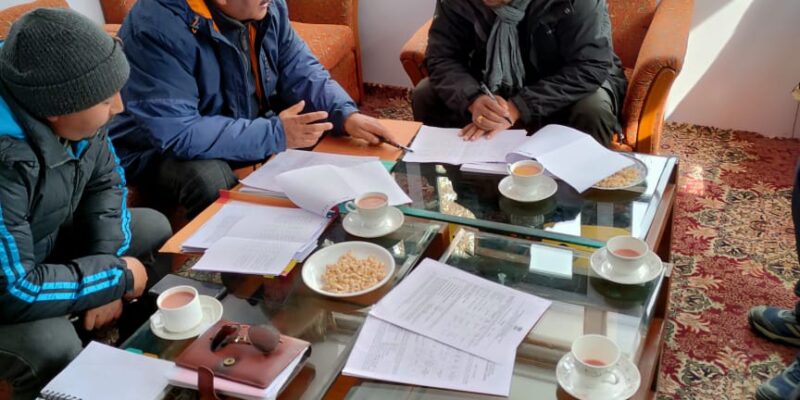 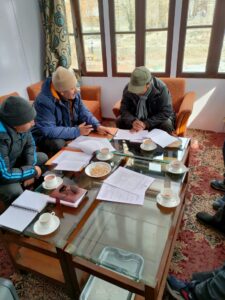 As regards to PMDP Scheme, the meeting was informed that 100 % expenditure expected out of the total budget of Rs 4 crores.

Under this scheme major expenditure has been incurred on the construction works of TFC Rangdum at a total cost of 2.24 crores and the building is ready for inauguration, the concerned officers informed.

Meanwhile, the Contractors’ Union members called on the EC Zanskar Affairs and raised issues with regard to the release of bills.

Responding to the issues, EC Tashi directed the Treasury Officer Zanskar to take all requisite measures to address the issues and concerns of the contractors.

Expressing satisfaction over the progress achieved on different works so far, the EC appreciated the heads of concerned departments and stressed them to ensure completion of the remaining works within the set timelines.