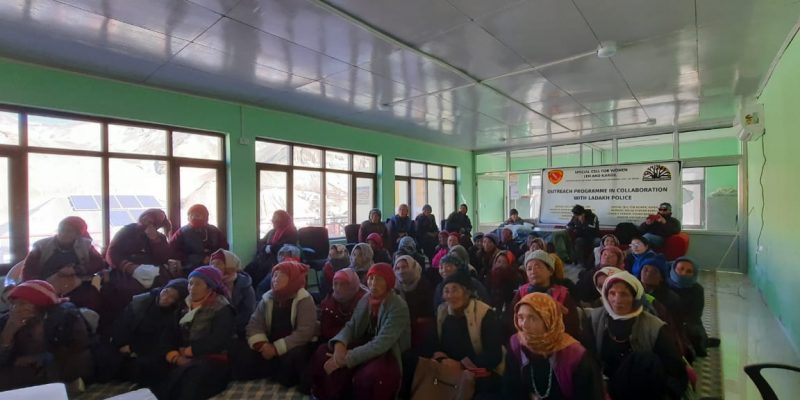 Where social worker also share the flyers of cell and also shared their official number which is 9541902328.

After the programme a rally was taken out by all participants to spread the awareness among general public on violence against women and children is crime.