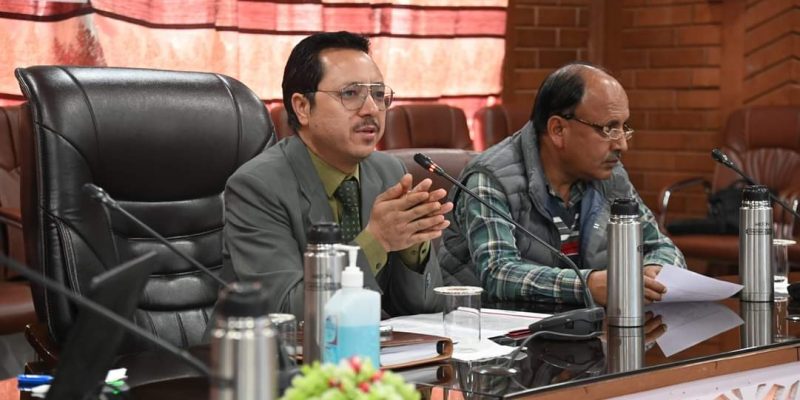 The program started with a special video message of Commissioner/Secretary, Higher Education and Skill Development, Padma Angmo in which she used sign language to communicate with specially-abled persons.

The Program Officer ICDS spoke about the importance of sign language all over the world and said that sign language helps to communicate with specially-abled people and removes the gap between us.

While addressing the session, Kacho used gestures to make the session more interesting. He urged all to treat the specially-abled persons with dignity and communicate with them.

He also explained the history of the International Day of Sign Languages. Kacho also talked about the root cause of the problem.

During the session, some specially-abled children communicated with participants using sign language. They extended good wishes and thanked the departments for giving them a chance for participating in the event.

On the occasion, the CEO said the day is celebrated on behalf of the specially-abled persons and it is aimed to aware people that such people have capabilities but need a platform. He said a deaf person lacks one sense but may be strong in other senses.

Kaneez Fatima, an Anganwadi worker and expert in sign language talked about difference in sign languages in every country. In the end, Imteeaz Kacho presented vote of thanks to all participants for attending the session.