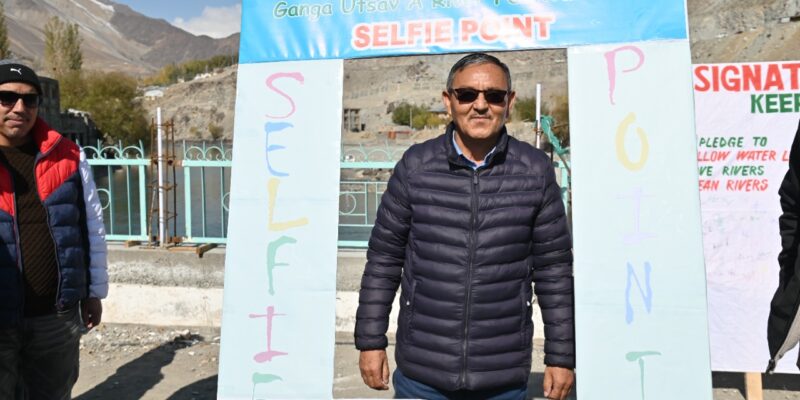 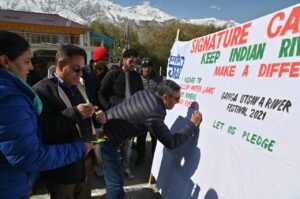 The signature campaign and selfie point have been launched to promote good and appropriate behaviour towards the preservation and cleanliness of water bodies.

Pertinently, Ganga Utsav-National River Festival was aimed to create awareness among the general public regarding the preservation and judicious use of water bodies.

SE PWD Tashi Tundup while speaking on the occasion said that the campaign is aimed to create awareness among the general public with regard to the importance of rivers and to interact with youth at river points to inculcate the habit of keeping rivers and water bodies clean.

Executive Engineer I&FC Muhammad Hassan informed on the occasion that an awareness vehicle was also flagged off on Monday in this regard that will cover all blocks in the district on different days to enlighten the general public about the importance of the preservation of rivers, ponds, streams and other water bodies from pollution while also making their  judicious use.