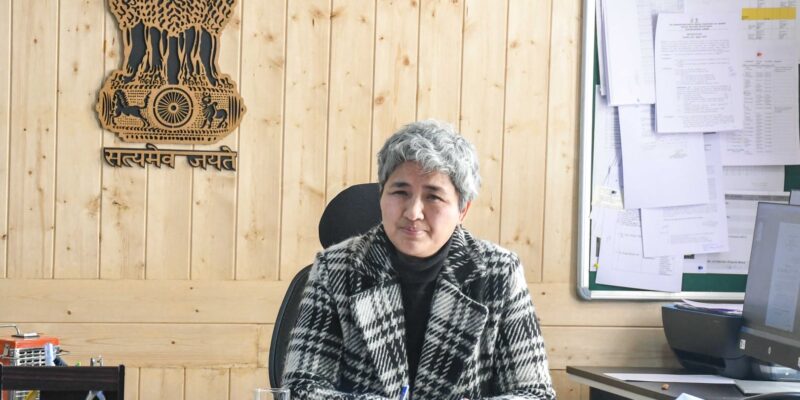 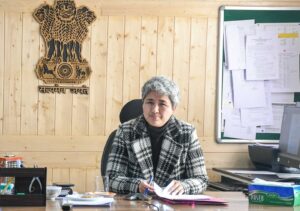 The Chairperson, Child Welfare Committee(CWC), Kargil, Shahnawaz Ali gave a detailed presentation on the activities and operations of CWC and District Child protection Unit (DCPU) and Juvenile Justice Board (JJB) of Kargil. He briefed about the inspection of Child Care Institutes conducted by CWC, awareness programmes conducted by the DCPU, status of the Block level and Village level Child Protection Committees, and the cases with JJB and CWC.
The Protection Officer Institutional Care (POIC) of DCPU Leh, Rinchen Dolkar gave presentation on the implementation of the Child Protection Schemes in Leh. She also briefed about the steps taken regarding the Children in Street Situation (CiSS) and said that data on children who have become orphaned or semi-orphaned has been updated on the Baal Swaraj Portal.
Various aspects of child protection like need for open shelters for children in need for care and protection (CNCP), Observation Home and Special Home and Place of Safety for Children in conflict with law (CICL), increasing the number of beneficiaries under the Sponsorship Scheme were discussed. The CWC and DCPUs also requested for increasing the budgetary provisions for strengthening the service delivery for the target beneficiaries. 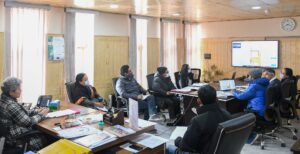 Secretary Padma reiterated for the implementation of the Standard Operating procedure SOP for Children in Street Situation (CiSS) issued by the National Commission of Protection of Child Rights (NCPCR) and directed DCPUs and CWC for regular updation of data on CiSS Bal Swaraj Portal in compliance of directions given by the Supreme Court. She also emphasized on regular meetings and interaction by CWC and DCPUs with Police, Legal Services and NGOs, as they play crucial role in delivery of child protection services. Further, she asked the officials to leave no stone unturned to make safe space for children and emphasized that no deserving child should be left out of the benefits of various child care schemes. Also she instructed the DCPU and CWC to ensure that the Open Shelter to be set up in the two districts for children in need of residential support on short-term basis, for keeping them away from a life on the streets, should be a model one that could be regarded the best in India.
The meeting was attended by the District Child Protection Officers/District Social Welfare Officers, Child Welfare Committees, members of Justice Juvenile Boards and staff of district Child Protection Units of Leh and Kargil.